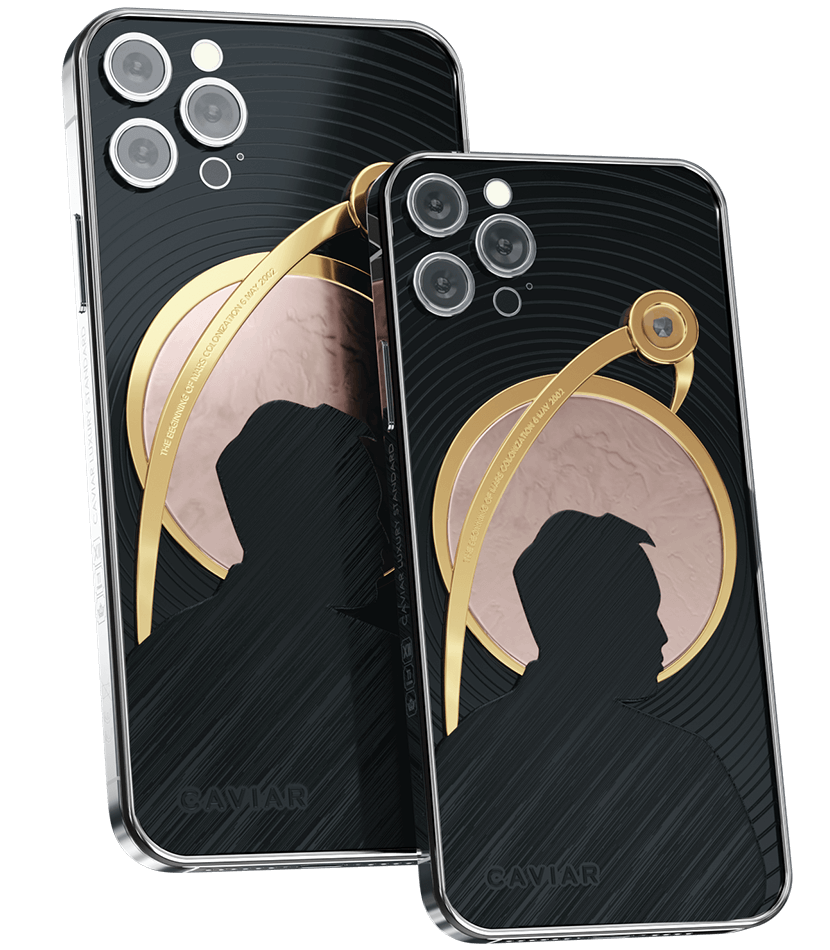 Fiery red Mars. This planet keeps the minds of all mankind occupied. So close and distant at the same time. Billions dream of its colonization. But only Elon Musk is moving in this direction - the leader among modern conquerors of space.

By founding SpaceX, an American entrepreneur and engineer laid the foundation for a space mission to conquer Mars by earthlings. In honor of his ambitions and aspirations, Caviar is presenting a unique collectible model of the iPhone 12 Pro Space Conquerors Musk.

The limited edition of 19 pieces symbolizes the years of SpaceX's existence and productive work. The body of the smartphone is made of titanium with black PVD coating. The profile of Elon Musk is engraved against the background of the silhouette of Mars.

An exclusive fragment is built into the hull - a piece of equipment that has been in space aboard CRS-14 Falcon 9 and CRS-17 Dragon. The fragment is located on the golden line, which symbolizes the path that humanity will make on the way to the red planet. Commemorative engraving, the date of the founding of SpaceX, is located on the symbolic image of the space course to Mars: The beginning of Mars colonization, 6 May 2002.

The Caviar iPhone 12 Pro Space Conquerors Musk is a unique model designed to become the centerpiece of your personal collection of exclusive accessories. Join a space mission to conquer Mars!