CAVIAR LAUNCHES A LINE OF SMARTPHONES "SPACE CONQUERORS", DEDICATED TO THE DAY OF COSMONAUTICS

60 years ago, on April 12, 1961, the first manned flight into space took place. In honor of this significant date Caviar jewelry brand is launching a new collection of premium iPhone versions "Space Conquerors". 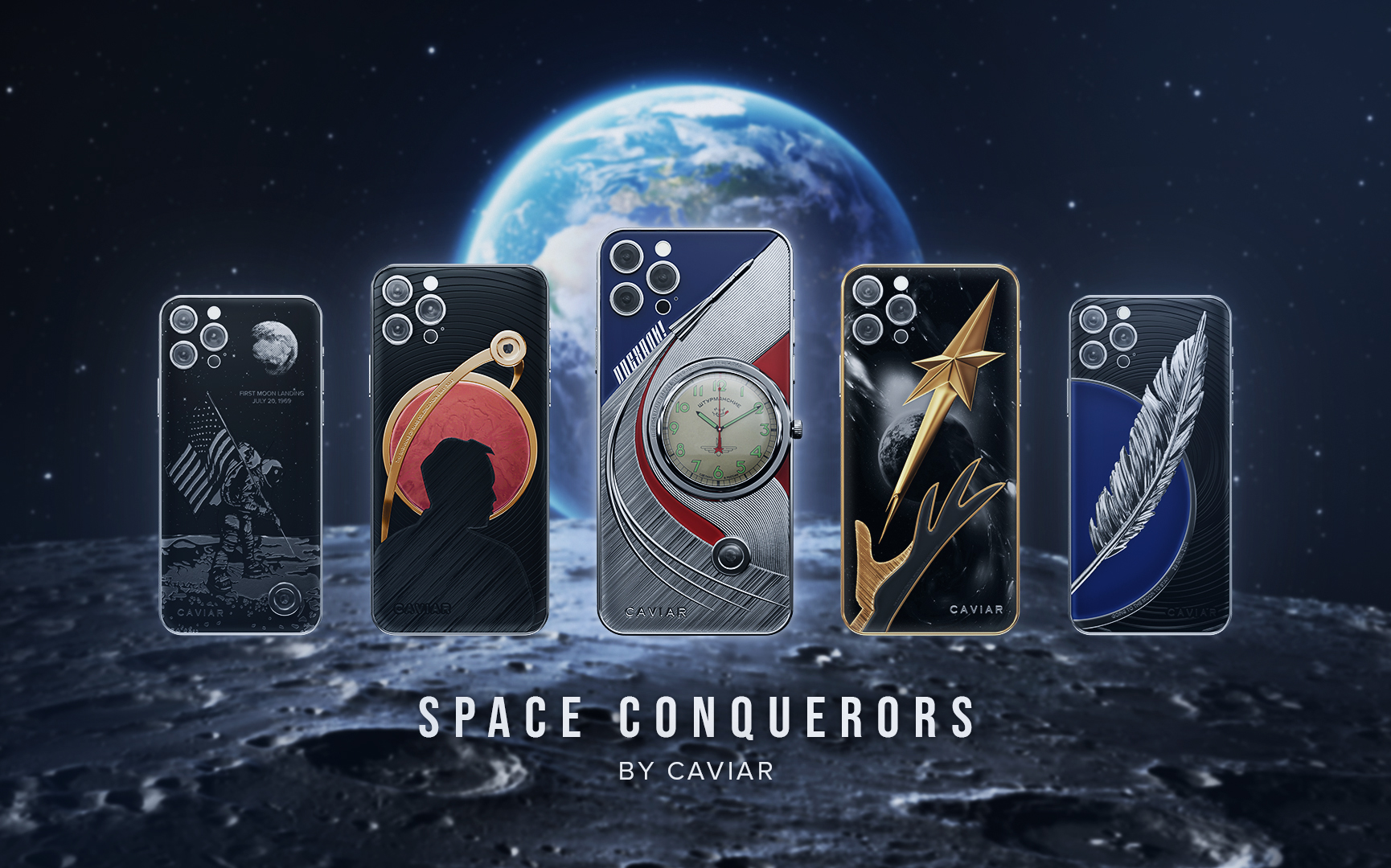 The first model in the collection was created in honor of the most famous space explorer - Yuri Gagarin. The body of the Gagarin model is made of aviation titanium and decorated with a three-dimensional image of the Vostok rocket.

The centerpiece of this model's design is a rare Navigator's watch engraved with the date of the first flight into space. However, perhaps, the most unique design element of the Gagarin model is a genuine fragment of the Vostok-1 spacecraft - the very apparatus on which a man made the first flight around the Earth.

Another model in the Conquerors of Space collection is dedicated to a modern pioneer of the space industry - Elon Musk. Musk series phones are made of ultra-strong PDV-coated titanium. The flight track is crowned with a genuine particle that has been in space aboard the Falcon 9 and CRS-17 Dragon (made by SpaceX).

The line also includes such smartphones as Korolev - this model, decorated with a three-dimensional gilded star, bears the name of the great Soviet engineer and creator of the first artificial Earth satellite, Bezos - the smartphone is decorated with the symbol of Blue Origin, a gray titanium feather against the background of the image of the Earth made of blue composite stone, and Armstrong - the smartphone featuring a real fragment of Apollo 11, the spacecraft that brought the first man to the moon.