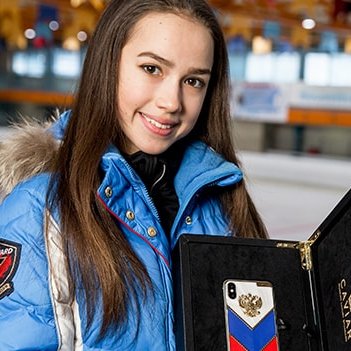 Alina Zagitova became an owner of iPhone X with the Russian tricolor, the state emblem and lines from the hymn – all those state’s symbols that were banned at the Olympic Games. The champion did like the symbolic idea of the design: “It’s great that there are the lines from our hymn and the flag. This is what we’ll always be proud of. This is what we missed so much during the Olympic Games”. Besides that, Alina told that she knew from the news that Caviar would award her with their prize for her first gold medal, and it inspired the athlete and gave her additional motivation.