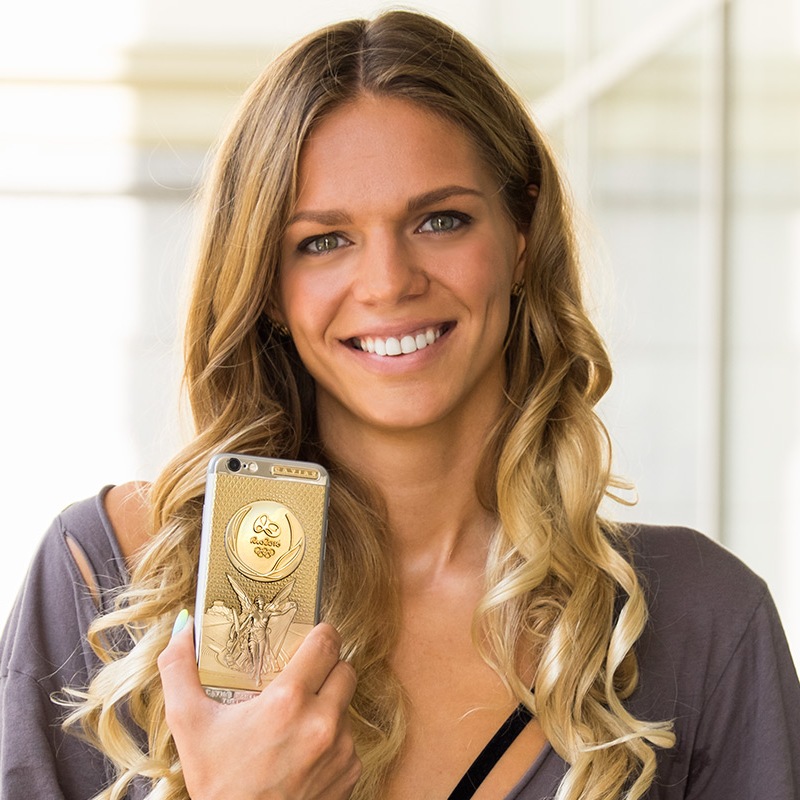 Julia Efimova – one of the main heroes of the Olympic Games in Rio de Janeiro in 2016, became an owner of the smartphone Caviar Campione Olympics with an image of a golden Olympic medal. The athlete met the representatives of Caviar just upon her arrival to Moscow, before the ceremonial awarding by the President. Julia was very pleased with the gift, a symbol of common love and recognition and now, she never parts with the precious smartphone.