The brand of luxury smartphones, phones and accessories, Caviar introduced a collection of push-button Tsar Phones - “Founders”, where they paid the tribute to the great rulers, founders of dynasties and states. A special attention was given by the brand to the personality of Sheikh Zayed bin Sultan Al Nahyan by introducing a phone of pure gold named after him. 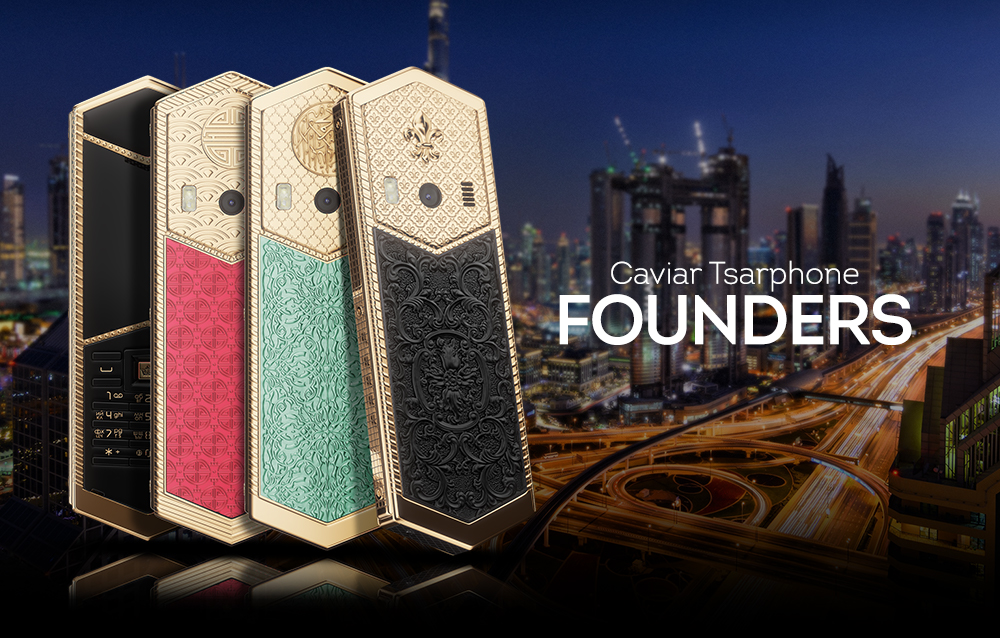 While working at the “Founders” Collection, Caviar designers addressed to the theme of the first rulers, trailblazers, originators standing at the origins of different states, dynasties and orders. The brand recreated the key power elements of the legendary leaders in the phones’ designs: the founder of the Qin dynasty in China, Hung Kings in Vietnam, Sheikh Zayed ibn Sultan in the UAE, the first righteous Caliph Aby Bakr, King Charles the Great, and Tsar Ivan the Terrible.

For the clients from the United Arab Emirates, Caviar prepared the most extraordinary version of the Tsar Phone, “Gold Sheikh”: it is completely made of pure gold, decorated with engravings and diamonds; the cost of such an accessory makes out $37 670. Undoubtedly, this is a thing for modern sheikhs gifted with charisma, nobility and majesty of the powerful historical personality. Caviar is going to release only 7 such phones – according to the number of the united emirates.

The designs of other phones addressed to the Founders from various countries are made in the same style and symbolically reveal the cultural codes of the countries, traditions and eras with the help of precious elements, volumetric emblems and hieroglyphs, national ornaments and patterns. For example, the model addressed to China is decorated with the image of the Sky dragon; the model inspired by Abu Bakr – with shahadah announcing the trust in Allah and the phone named after Charles the Great is decorated with an image of Fleur de Lys.

The cost of the models in the collection starts from $4170.