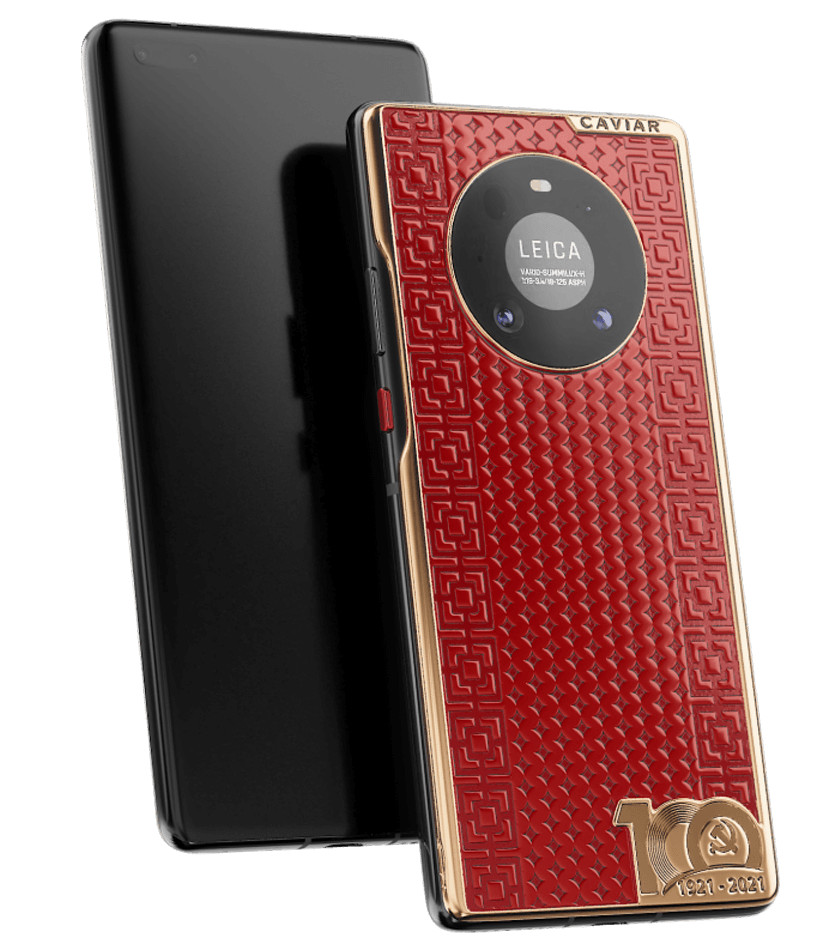 The Chinese Communist Party celebrates a resounding 100th anniversary. In honor of the significant date, we present a memorable smartphone design based on the high-tech gadget Huawei Mate 40.

The anniversary accessory is designed to celebrate the long-term success of China's ruling party. It is thanks to the political leaders of the Celestial Empire that the country has reached incredible heights. China is respected all over the world, the position of the country is always taken into account, everyone is trying to get the favor of politicians of the People's Republic in every possible way.

Caviar Huawei Mate 40 Centenary is a gift model based on the most successful and popular smartphone made in China. Its body is made of a composite stone of bright red color, which echoes the state symbols of the Celestial Empire. National patterns are used in the decor.

The smartphone has a restrained and laconic look, which perfectly demonstrates the party's policy: tough, ethical, efficient. Luxurious decorative elements - the emblem of the 100th anniversary of the Chinese Communist Party and the ornamental frame - are covered with gold of the highest standard.

The design is presented in a limited edition of 68 pieces. The numbers 6 and 8 are sacred for China: 6 means good luck and career success, and 8 means wealth and prosperity.

This option is off. Please select another one.