Parade of the Planets Golden 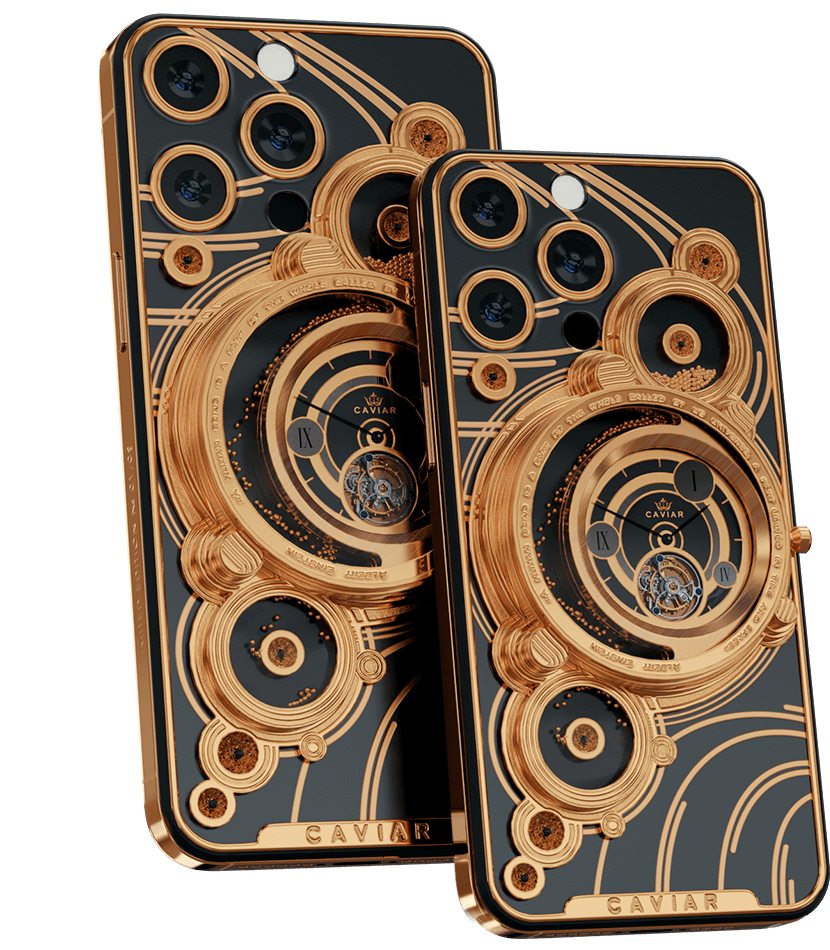 "Man is a part of the whole, which we call the Universe, a part limited in time and space." Albert Einstein.

Majestic, monumental, grandiose - these are the epithets that come to mind when you first look at the Caviar iPhone 12 Pro Parade of the Planets Golden.

The case is made of titanium. The same material is used to create spaceships. The black panel depicts a stylized Parade of the planets - from Mercury to Saturn. The central part, with an integrated tourbillon watch, symbolizes the Earth. The satellite of our home planet, the Moon, is also depicted in orbit. On the axis from the Earth are located: at the top - Mars with the satellites Phobos and Deimos and Mercury; below - Venus, Jupiter and Saturn.

The Caviar iPhone 12 Pro Parade of the Planets Golden is a relic. Indeed, real celestial bodies are built into its body. In the center of the stylized image of Mars is a meteorite from the red planet. In the Moon - a meteorite that fell from an Earth satellite. Inside the schematically indicated Mercury, Venus and Jupiter are celestial bodies from distant space.

In addition to a complex technical solution - a tourbillon watch movement built into the smartphone case, assembled as a Caviar's private order - the back of the accessory is adorned with a unique three-piece golden sand hourglass. This symbolizes the endless craving of humanity for space exploration. The sand, shimmering from Earth to Mars and Venus, is like the discoveries of astronauts and scientists exploring these seemingly so close, but at the same time, such distant planets.

The Caviar iPhone 12 Pro Parade of the Planets Golden is an exclusive model created in an extra limited edition.

There are only 8 pieces in the world, according to the number of planets in the solar system.