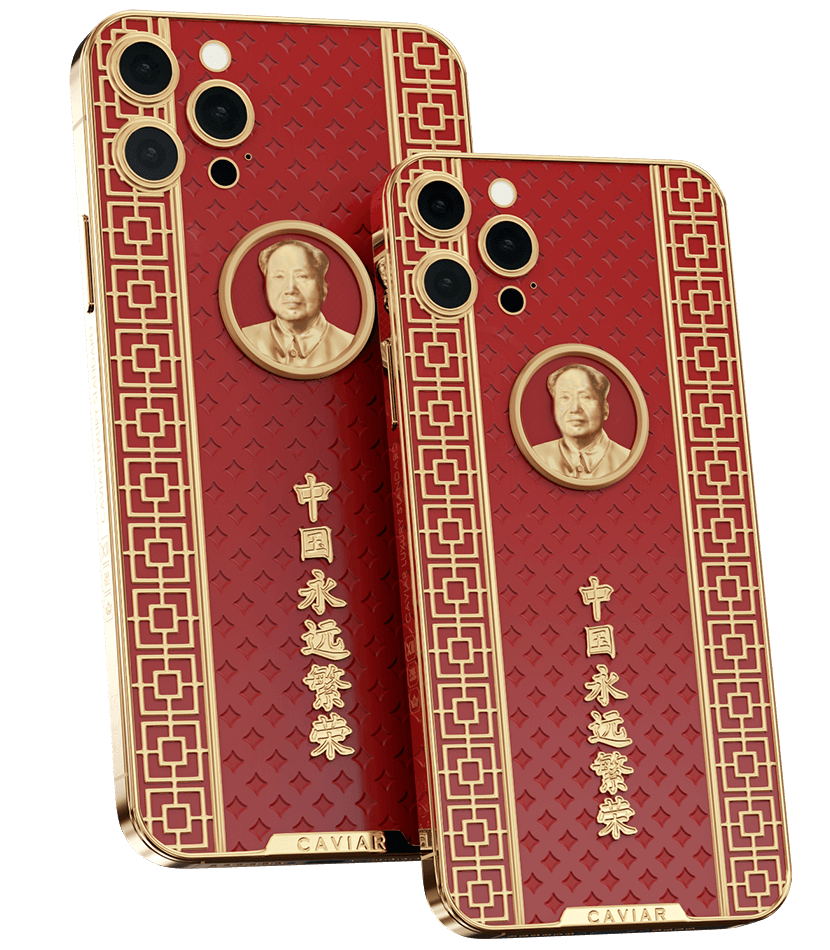 Mao Zedong is unquestionably one of the greatest politicians in China. The Communist Party, which celebrates its 100th anniversary in 2021, was created under his leadership.

During the time of Mao Zedong's, China has reached unprecedented heights. Many important events, both international and domestic, happened thanks to his wisdom and decisiveness. The creator of the Chinese concept of Marxism not only led China to success in armed conflicts with the Japanese, Kuomintang and militarists, but also restored the state after long wars.

With his perseverance, hard work and dedication, the Chinese politician has achieved great triumph. Many films have been shot in his honor, an endless number of books and paintings have been dedicated to him. Mao Zedong is a world-renowned thinker, whose works have been published in almost all existing languages.

Caviar iPhone 12 Pro Mao Zedong is a smartphone design dedicated to the great politician. The case is made of red composite stone and decorated with a relief art engraving. In the center of the composition is a portrait of Mao Zedong made of 18-carat gold. National Chinese geometric ornaments are used in the decor. Inscribed in real gold: ""Eternally prosperous China.""

The design is presented in a limited edition of 16 pieces. One in China stands for honor and leadership, while the number six stands for luck and career success. The limited edition of the collection is engraved with a laser on the side of the smartphone: the name and serial number of the model are indicated.