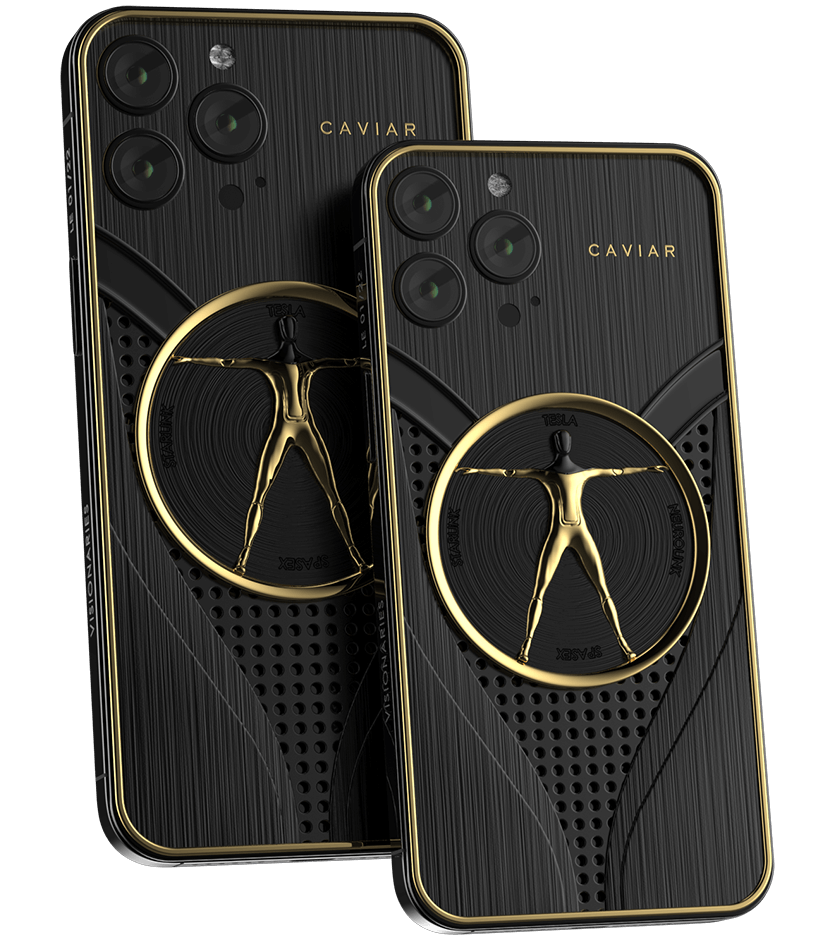 Elon Musk is the real embodiment of the concept of “visionary”. His name has already become synonymous with this term. While humanity is dreaming of space flights, self-driving cars and robotic automation of everyday life, Elon Musk is doing it! It seems that as soon as he thinks about the impossible, everything is embodied in reality only by the power of thought.

This is not the first work of Caviar designers dedicated to Elon Musk. This time, the artists were inspired by his latest development - Tesla Bot. The appearance of the smartphone clearly captures the analogy with Leonardo da Vinci's “Vitruvian Man”. Instead of a human being, there is the android Tesla Bot, which is very likely to be the first step of humanity towards life side by side with artificial intelligence.

The body of the smartphone is made of shock-resistant titanium with black PVD coating. At the heart of the composition is a circle inspired by the creation of Leonardo da Vinci with a Tesla Bot in the center, made of titanium (gold colour PVD-coating).

In the custom Caviar version, Musk's new invention forms the symmetry of the universe, organically blending into the changing reality, as it has already happened with the Tesla car and the Falcon rocket.