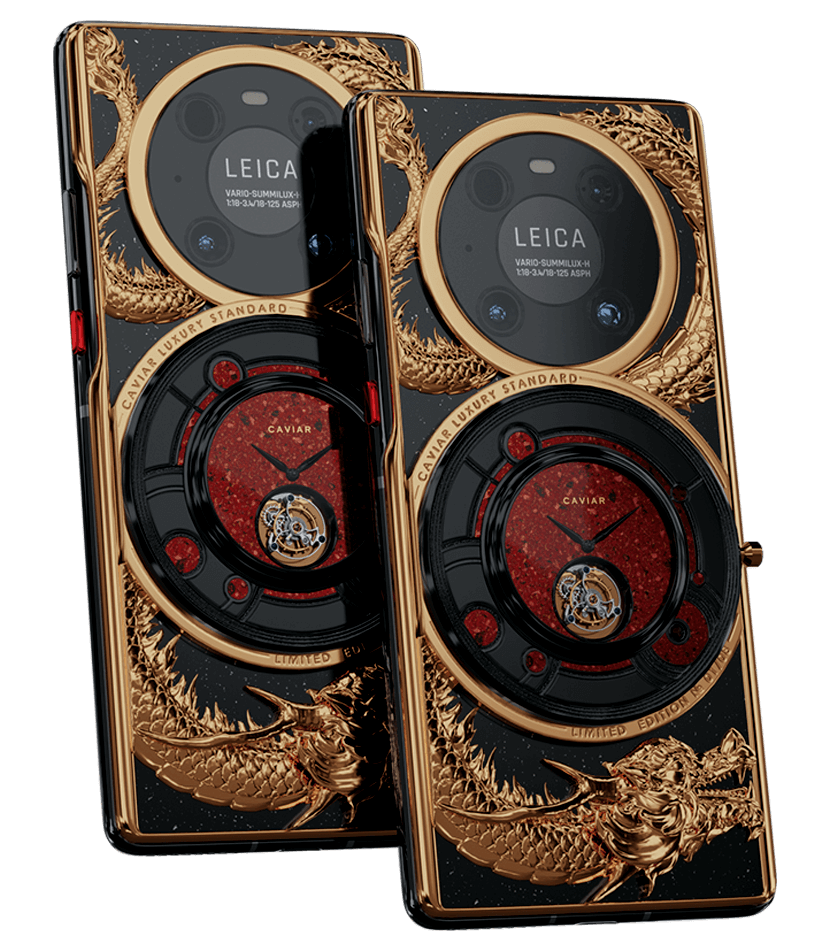 China's great achievements in the exploration of limitless space are staggering. One of the outstanding missions is the landing of the Zhuzhong rover on the surface of the red planet. The spacecraft received the name of the ancient god of fire, who showed himself astride a fiery dragon.

In honor of this event, Caviar will present a smartphone design made of precious and high-tech materials based on the HUAWEI Mate 40 Pro. The model can rightfully be called a synthesis of tradition and innovation: the traditional culture of China and the heritage of world watchmaking are combined with an ultra-modern smartphone and most durable materials of our time.

The body of the device is made of titanium with black PVD coating and is decorated with a space landscape in laser engraving technique. In the center of the composition there is a mechanical watch with a tourbillon built into the rare panel. The dial is made of a red composite stone with black and white blotches, which echoes the image of Mars. Near the dial, there is is a fragment of a meteorite that fell to Earth from the red planet. Around the symbolic image of Mars, as if wrapping its strong body around the planet, there is a relief fire dragon made of 18-carat gold.

The decorative elements, the frame around the body of the smartphone and the camera unit, are truly precious: the metal base is decorated with double gold plating in the Double Electroplated technique (24 carats, 7 microns).

A composition of a camera block and a clock mechanism forms the outline of the number eight. This number carries happiness, gives its owner strength, wealth and prosperity.

This precious HUAWEI custom model is only available in 8 pieces worldwide. Only chosen few will be able to become its owners.