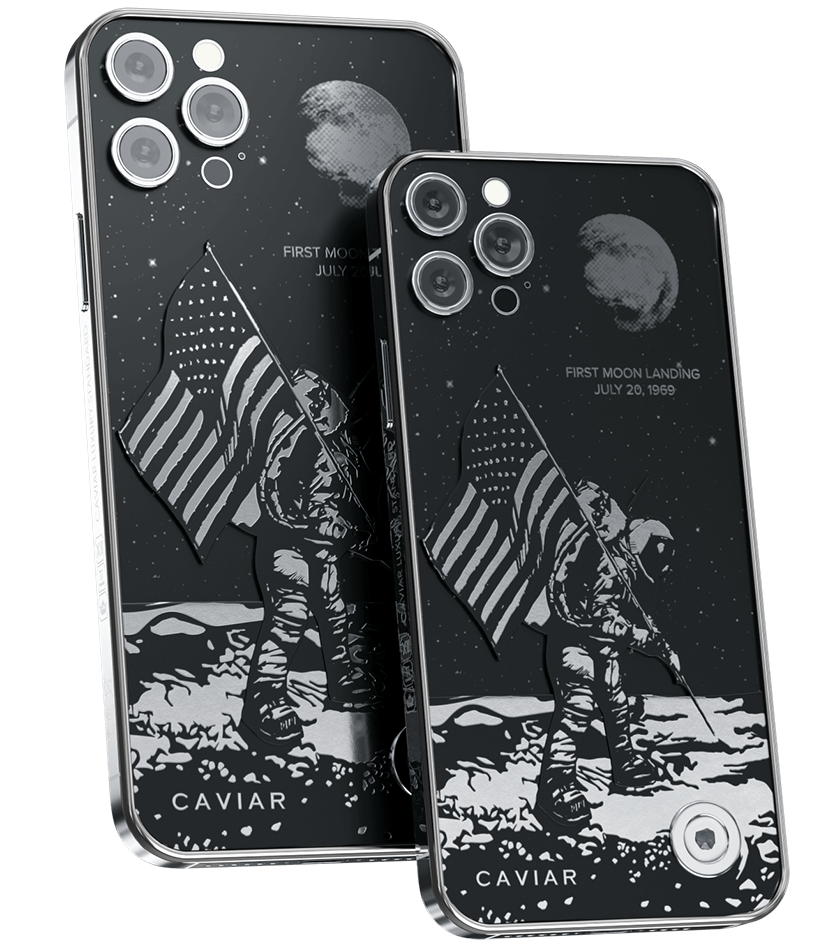 This is one small step for a person, but a giant leap for all mankind” - these words marked the great event: the first landing on the surface of the Moon.

Neil Armstrong, American astronaut, became the first person in history to set foot on the Earth satellite on July 20, 1969. The grandeur of this event is difficult to assess, since it is a huge contribution to space exploration!

In honor of the memorable occasion, Caviar releases the iPhone 12 Pro Space Conquerors Armstrong design. This model is a tribute to the memorable date when a human's foot first touched the surface of the moon.

This model will allow you to become a part of this unique event. An exclusive fragment is built into the body of the smartphone - an element of the Apollo 11 spacecraft. It was Apollo 11 that brought Neil Armstrong, Michael Collins and Buzz Aldrin to the surface of the Earth's satellite.


A striking design detail is the titanium relief depiction of an astronaut planting the US flag on the surface of an Earth satellite. In the background is a cosmic landscape, in which star clusters are located and our home planet is visible.

The model is released in a strictly limited edition - only 11 pieces. Which is symbolized by the name of the spacecraft on which the American NASA astronauts landed on the moon.

The body of the smartphone is adorned with a commemorative engraving dedicated to this great event: First Moon landing, July 20, 1969.