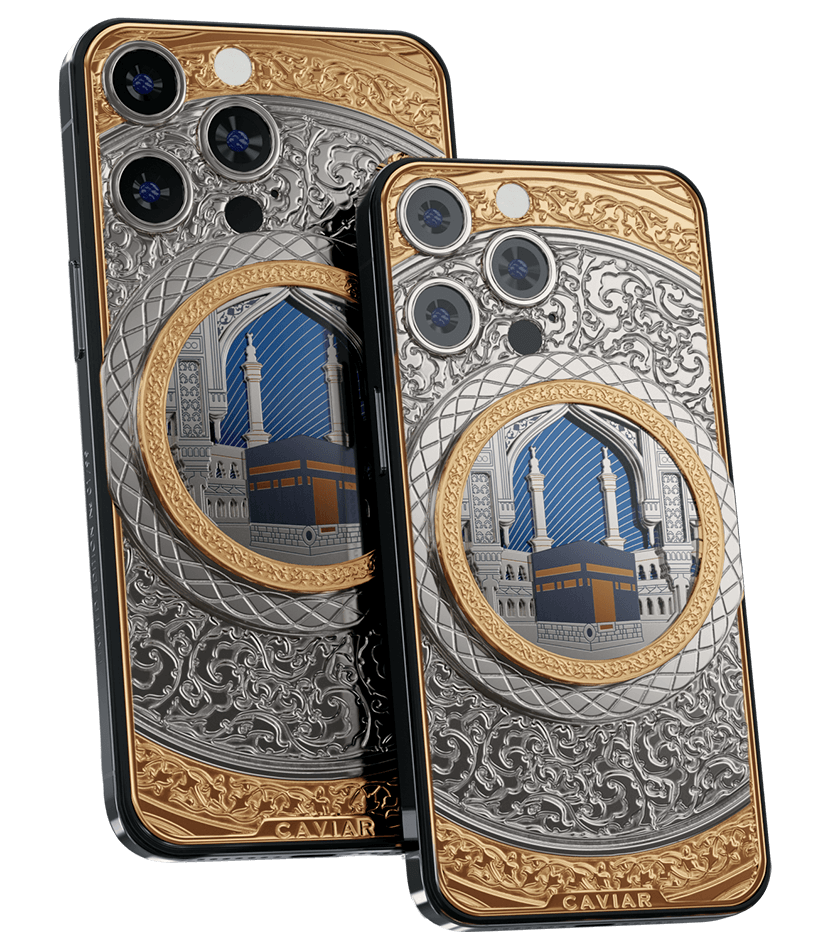 Mecca - the most sacred city in Islam - inspired Caviar designers to create a new elegant and sophisticated model of the Religion collection - MECCA.

The design of the phone is based on floral motifs that are widespread in Muslim culture. Floristic patterns adorn al-Haram - the building in the largest mosque in the world, which protects the sacred place where, according to legend, the Prophet Ibrahim stood.

Followers of Islam believe that it was in Mecca where the Prophet Muhammad was born. The centerpiece of the smartphone is a multilayer 3D composition under shock-resistant glass - an ensemble of minarets and the most sacred site in Islam - the Kaaba. Followers of Islam believe that the Prophet Muhammad once kissed the Black Stone in the Eastern corner of the Kaaba; so, today pilgrims to Mecca try to touch or kiss this stone.

The elegant and harmonious design of the phone combines elements of titanium and double gold electroplating (999-fineness, 7 microns), creating a graceful and elaborate look.