Parade of the Planets Titanium 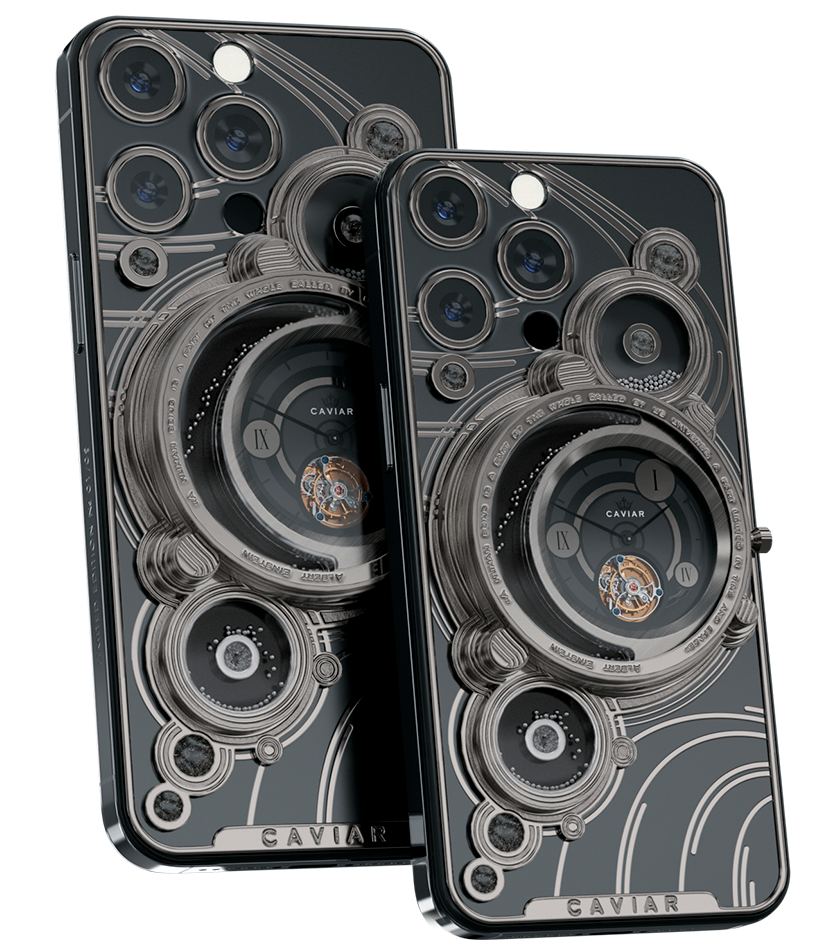 Majestic space. For millennia, mankind has admired distant stars and unknown planets. For generations, people have been exploring space and unraveling the mysteries of the Universe.

We are an integral part of it. We are the Universe. The Caviar iPhone 12 Pro Parade of the Planets Titanium is a smartphone inspired by the solar system itself. On the case of the accessory there are stylistic images of the planets: in the center - the Earth with its satellite, the Moon; above - Mercury and Mars with the moons Phobos and Deimos; below - Venus, Jupiter and Saturn. Unique fragments are built into the body - meteorites that fell to Earth from the Moon and Mars.

Around the Earth's orbit is inscribed the statement of Albert Einstein: “A human being is a part of the whole, called by us" Universe ", a part limited in time and space”.

The earth is symbolized by a mechanical tourbillon watch built into the smartphone case. This solution is not accidental - the tourbillon eliminates the influence of gravity on the movement, which makes the movement more precise. Likewise, humanity – we are not given how much time is measured out to each of us in the difficult era of space exploration, but the gears have already been launched and the hand of the clock is counting down the time for us to conquer space.

The back of the case is decorated with a complex mechanism - a unique three-level hourglass with silvery sand. If you shake your smartphone a little, you will see a mesmerizing flow of sand from one planet to another. So human thoughts, aspirations and research, ply between heavenly bodies, discovering new unexplored cosmic phenomena.

Caviar iPhone 12 Pro Parade of the Planets Titanium is a limited edition design. There are only 8 pieces around the world, according to the number of planets represented in the solar system.