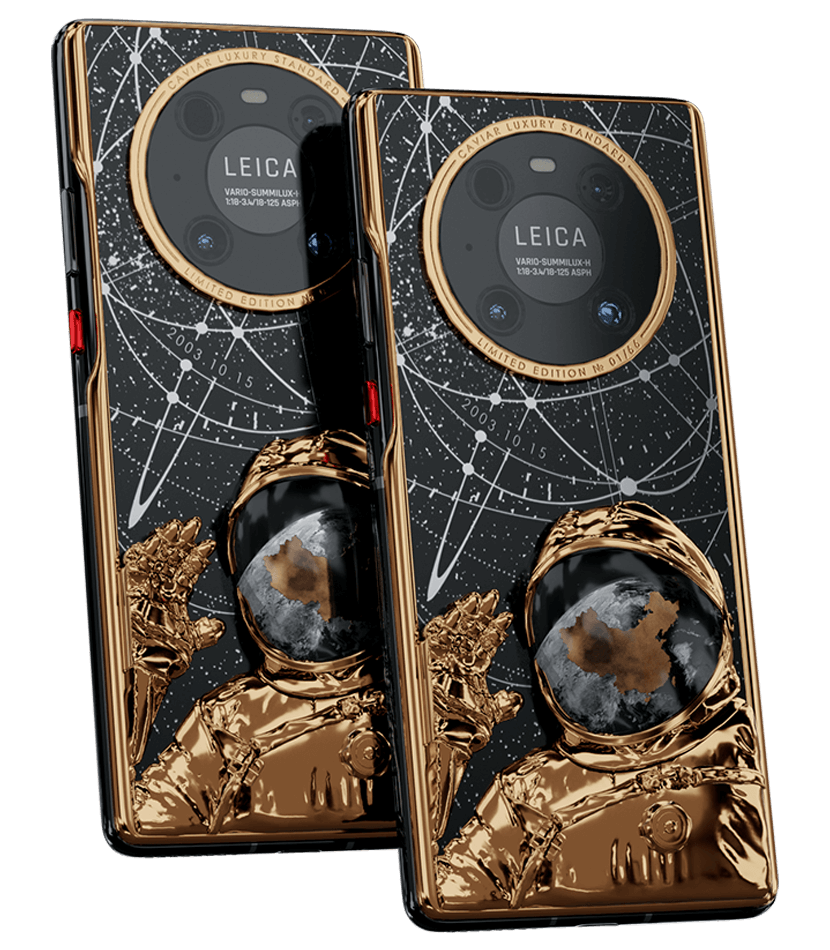 China is a power that is respected all over the world. The Celestial Empire is one of the world leaders in space exploration.

Caviar creates an exclusive limited edition HUAWEI Mate 40 Pro dedicated to the first Chinese astronaut, Yang Liwei. This design is a tribute to the space mission of the PRC, an expression of our respect and a wish for new victories.

The body of the smartphone is made of black titanium with a space landscape and planetary orbits made in the technique of laser engraving on metal. The relief image of Yang Liwei in the same spacesuit which he was wearing in space is covered with gold of the highest standard: double gold plating in Double Electroplated technique (24 carats, 7 microns). In the reflection of the helmet, we see the image of planet Earth with the outlines of China, which Yang Liwei was looking at from the orbit.

The decorative elements, the frame around the body of the smartphone and the camera unit are ultimately precious: the metal base is decorated with double gold plating in the Double Electroplated technique (24 carats, 7 microns).

The design is presented in a limited edition - only 66 pieces. The number 6 carries sacred power: it prophesies happiness and business success to its owner.