Caviar, known for its precious modifications of iPhones, Samsung and Huawei smartphones, has released a new collection. It is dedicated to China's space program. Caviar designers identified three, in their opinion, most important aspects in it and devoted each of the three new products to them. To implement the ideas, the artists used, 18 and 24-carat gold, engraving art, heavy-duty PVD coating, and complex sculptures. Caviar started developing a new collection for mainland China 2 days after the start of sales of the previous one - “Jade Empire” (July 5, 2021), as soon as it became clear that it was a success. 100 models from “Jade Empire” were sold out in 7 days. 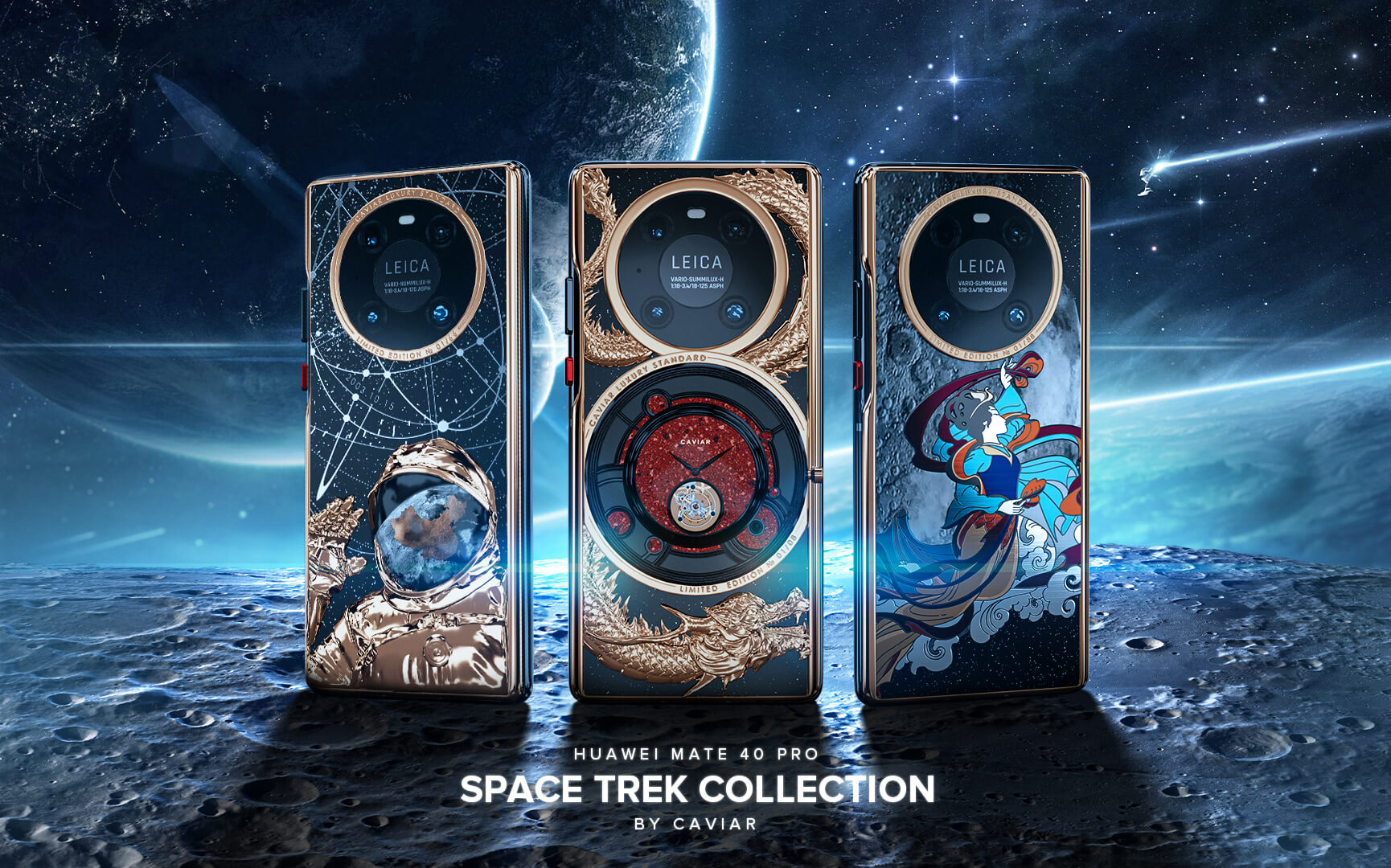 The most expensive and complex design, which costs 28 000 USD, is called the “God of Fire”. It is a complex volumetric sculpture: the figure of the Fire Dragon Zhuzhong - the God of Fire, the patron saint of Mars in Chinese mythology. In the national tradition, Zhuzhong is a worshiped image; it is not by chance that the rover, which has been studying the surface of Mars for the second year already, is named after him within the Tianwen-1 program.

Crafted from hardwearing 18K gold, the dragon beautifully wraps around the Leica camera and the Caviar mechanical tourbillon watch incorporated into the body by Huawei.

The dragon symbolizes the rover exploring the surface of the red planet, a round clock with a red dial, entwined with a golden dragon's body - a reference to Mars. What makes this design even more unique is the small fragment of a Martian meteorite found in 2011 in Morocco. The fragment is certified. This extraordinary element of the design is placed next to the dial.

An intricate precious composition transforms each of just 8 pieces of this gadget into a timeless work of jewelry art.

For the model dedicated to China's lunar program, the artist made a unique colored drawing of the Moon Goddess Chang’e. It was engraved and coated with a coloured laser on a titanium base.

The Yang Liwei design, named after the first Chinese to travel to space, features the figure of an astronaut (taikonaut) looking at Earth from orbit.

On the surface of the filter, we see the reflection of the planet and the outlines of Liwei's homeland - China. The country is painted in color and protected by a thin coating of jewelery resin.

These models will also come in limited editions. Chang’e smartphone design will be presented in 88 pcs. The device with the image of the first Chinese astronaut Yang Liwei will be released in the amount of 66 pcs.

The number of phones was not chosen by chance - the number 6 in the national tradition promises success in business, and 8 attracts wealth and abundance.