Caviar unveils Tera - the "scariest" line of premium iPhone 13 ever. It contains an insert from a fragment of a real T-Rex tooth

To create the new collection of iPhone 13 with 1 TB of memory, the designers of the Russian luxury smartphone brand Caviar decided to play with the meaning of the prefix “tera-” (miracle, monster), giving birth to three completely unique and “frightening” models. 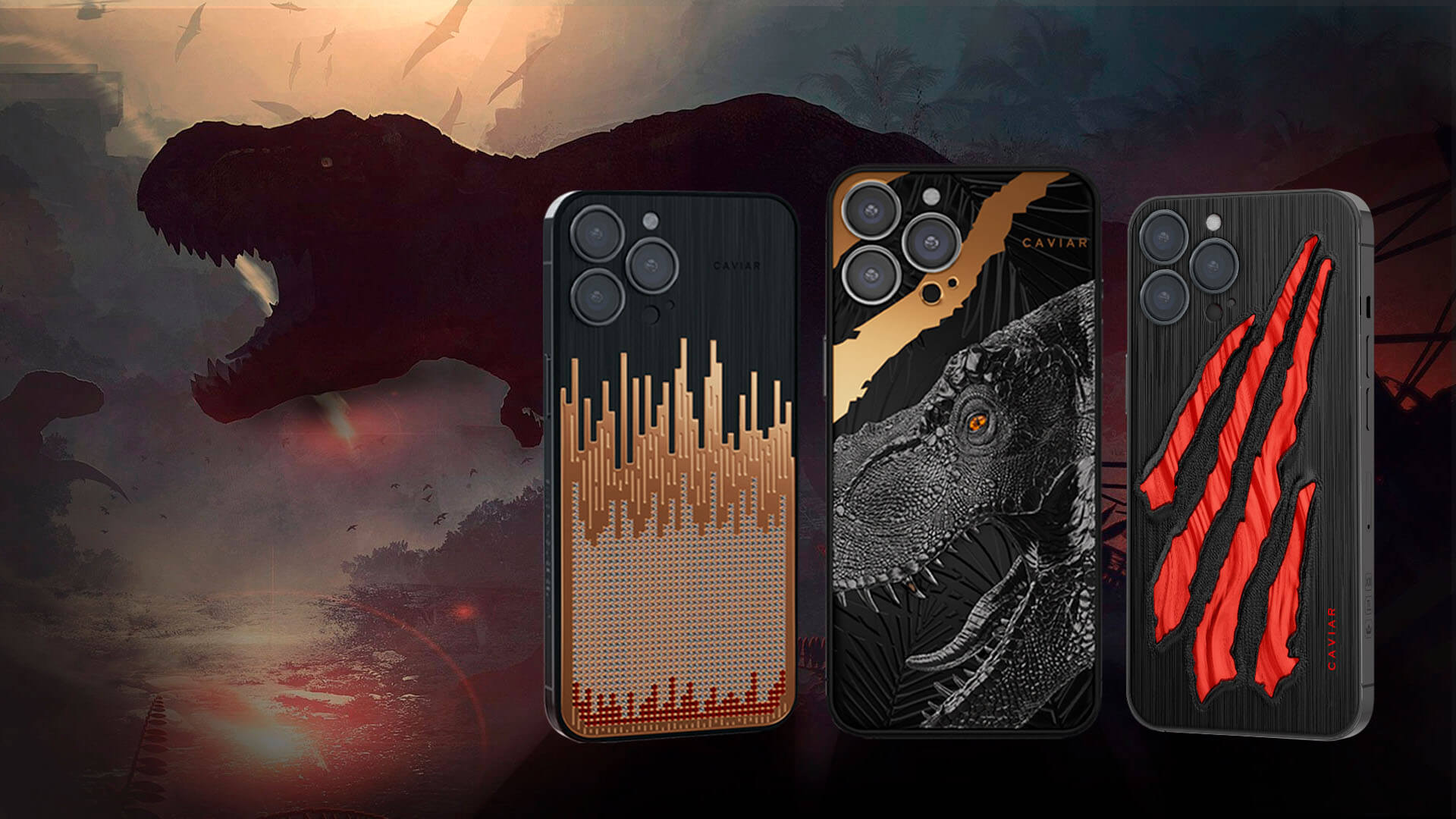 This design was inspired by perhaps the most famous monster - Tyrannosaurus.

96 million years ago, this formidable and powerful predator reigned supreme over the entire planet. The menacing sounds of the steps of this four-meter giant terrified all living creatures around him.

Today, Caviar designers give you the opportunity to "tame" this ancient monster and make it a symbol of your strength, power, and dominance in the world.

Unique iPhone 13 Pro Tyrannophone is decorated with a 3D dinosaur head crafted from titanium with a black PVD coating. The yellow eye of the monster is made of the purest amber. The predatory grin of this monster is not just a mere decoration, but an element of exclusivity and uniqueness, because one of the teeth of the tyrannosaurus is real! It contains an insert from a fragment of a real Tyrannosaurus tooth, 80 million years old. Caviar will release a total of 7 Tyrannophone models.

The black case of this model made of hardened aircraft-grade PVD-coated titanium is adorned with an insert of scarlet impact-resistant composite material, which looks like a deep wound left by the claws of a dangerous predator.

The very idea of what kind of creature could leave such damage on a heavy-duty body is intriguing and awe-inspiring. Whether it was a werewolf, a vampire, or a dragon - it's up to the owners of one of the 99 unique Monsterphone models.

Playing with another meaning of the prefix "tera-" which stands for "terrifyingly" large amounts of data, Caviar designers created the Teradiamond model based on the iPhone 13 with 1TB of memory. The phone with the largest memory capacity in Apple's history is now also one of the most luxurious with its aircraft-hardened titanium case adorned with 1,028 diamonds (1.3mm on the Pro and 1.5 on the Max) and 128 rubies (1.3mm on the Pro, 1.5 on Max) and its edge engraved with a unique model number in a limited series of only 18 copies.

The price for the base model in the Tera line starts at 7760 USD for Mosterphone, and Teradiamond, the most expensive device in the collection, will be sold for 48 160 USD (Pro Version).