In Russia, the concept of the new iPhone was introduced. The author of the idea became the brand of luxury smartphones and phones, Caviar. The developers created a concept called iPhone Z. The device has a display 10.4 inches and flexible form factor.

The Russian manufacturer of luxurious iPhone modifications – Caviar – doesn’t want to languish unaware until the autumn premiere of the new Apple product and offers the giants from Cupertino their own concept of the new iPhone to review. 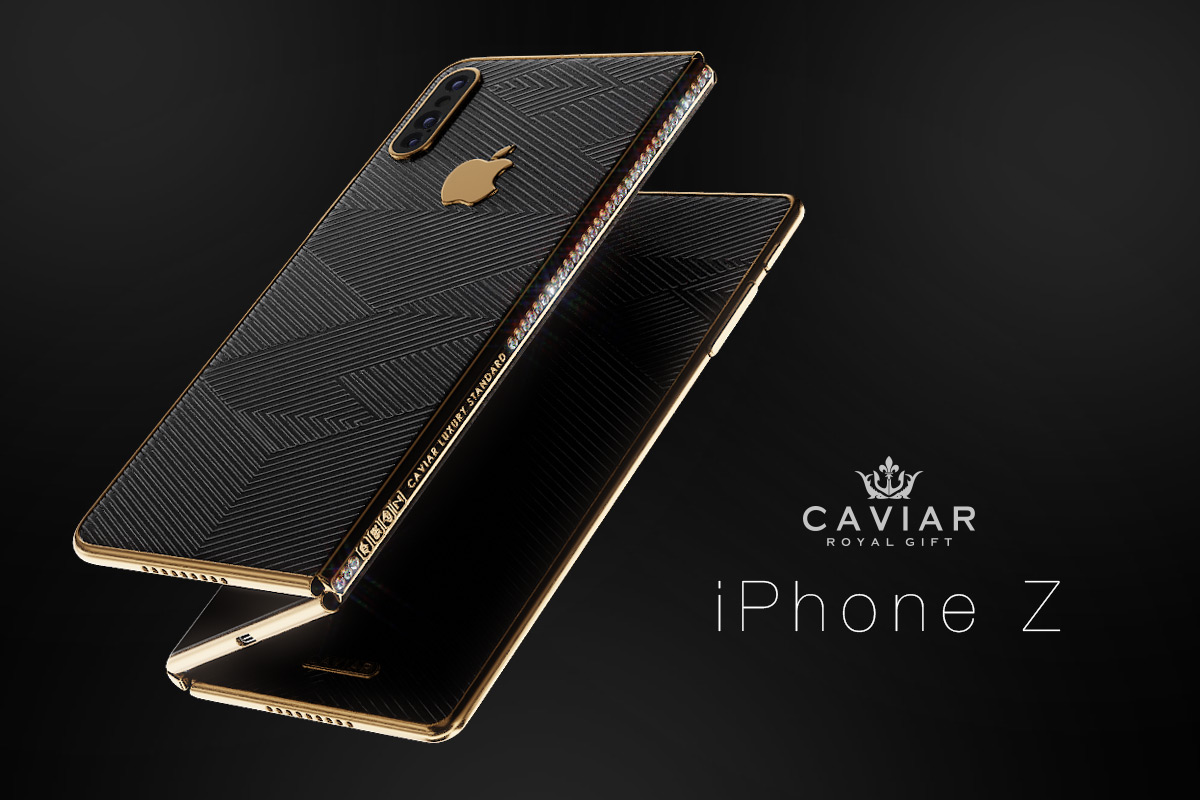 Obviously, the time of great changes and serious updates has come – iPhone adepts are missing truly grandiose innovations and revolutionary ideas, this is why Caviar designers and engineers introduced an extraordinary concept that will exceed the expectations of the audience.


The model is called as the letter Z – this is the sign of the new, young generation and the image of the silhouette that is “drawn” by the facets of the evolving smartphone at the same time.

So! The device has a flexible form factor that allows the user to work with the gadget in several modes: 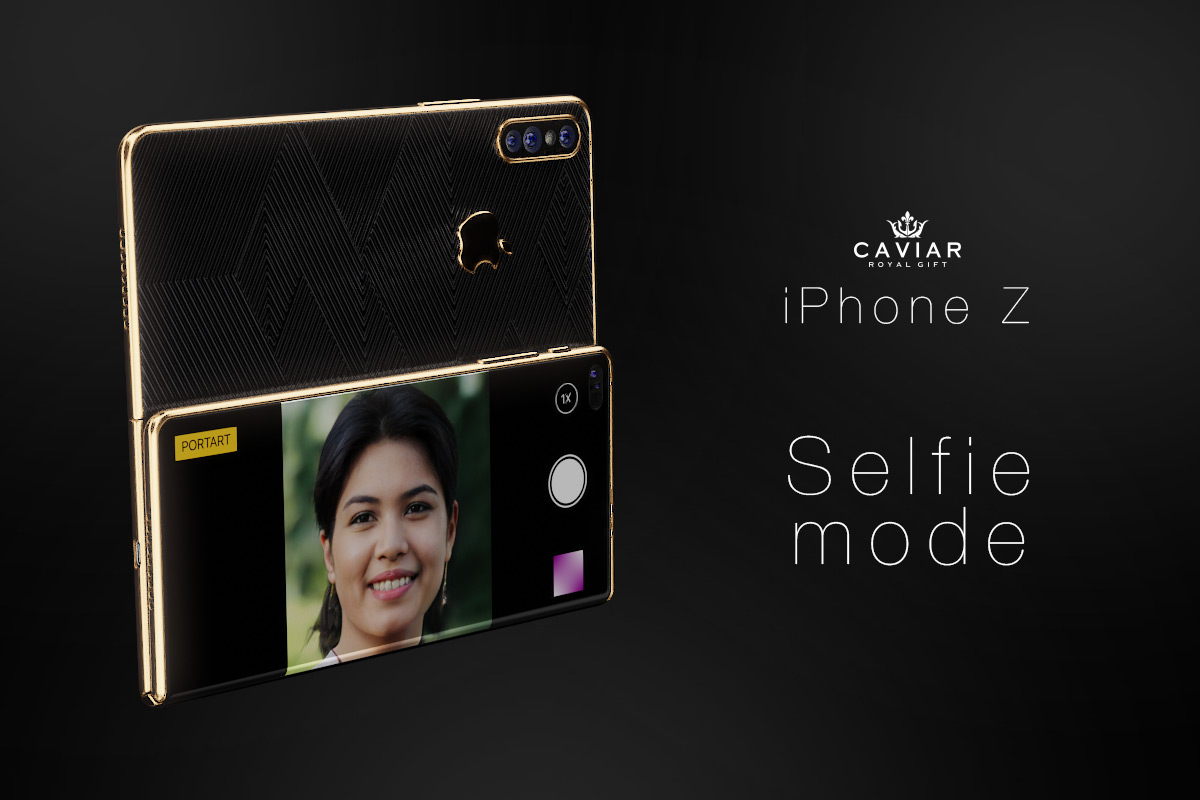 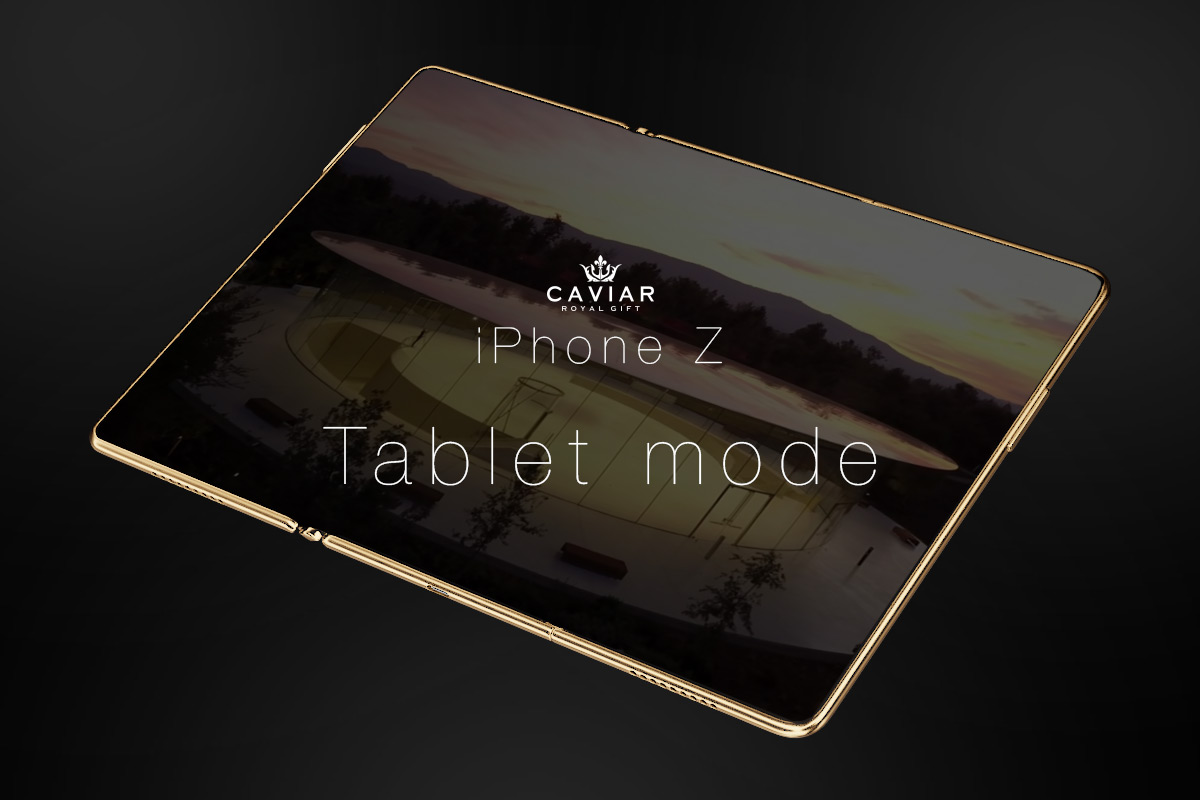 Laptop mode (it is convenient to use the keyboard matching the screen size (68,8mm x 153mm). 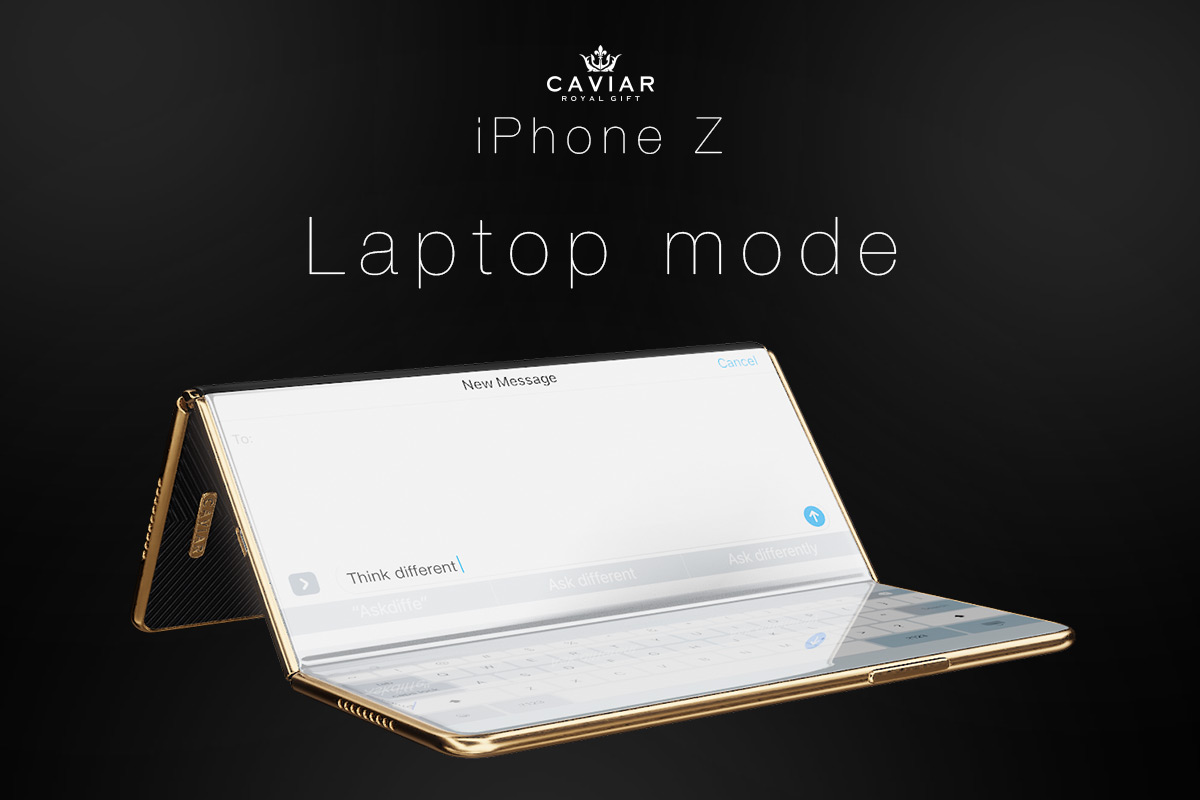 Screen mode allowing to put the smartphone on the table and watch videos with comfort. 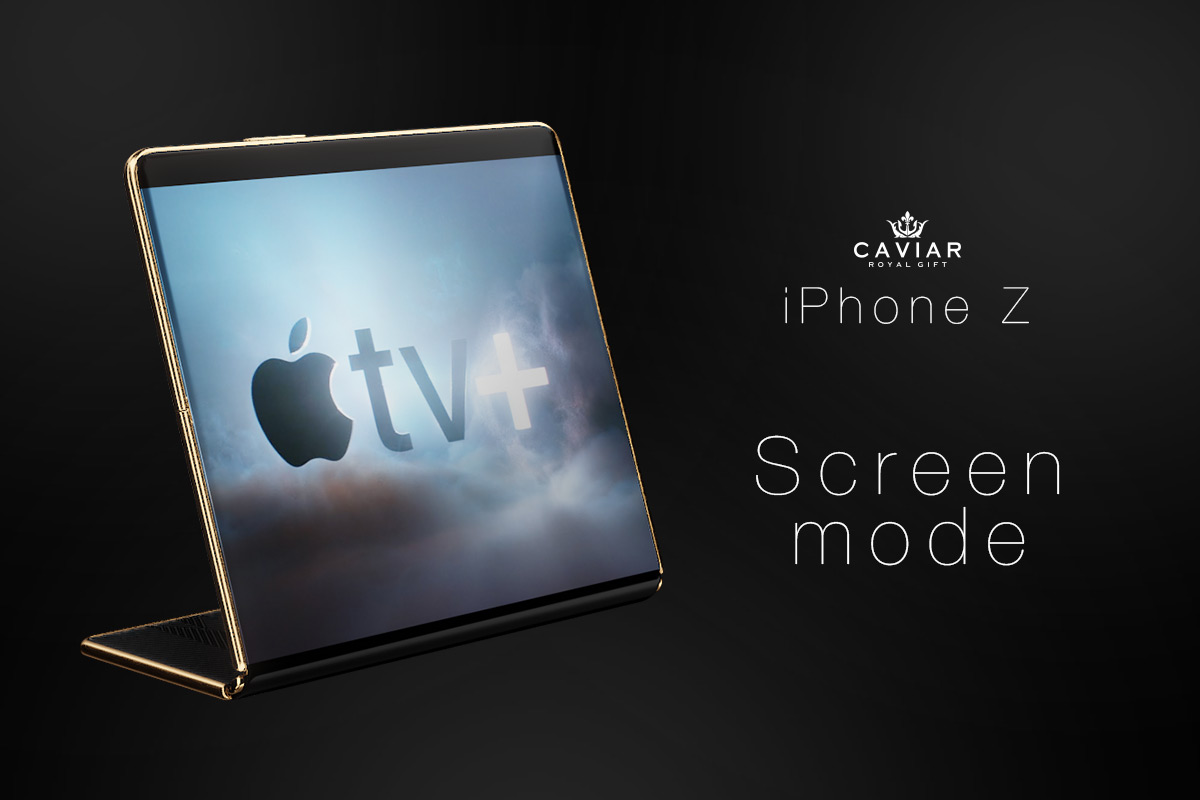 The iOS interface automatically responds to the position of the smartphone and its bent parts in space and switches to the desired mode.


The concept by Caviar means the use of two cameras – the frontal one with Face ID dot projector. 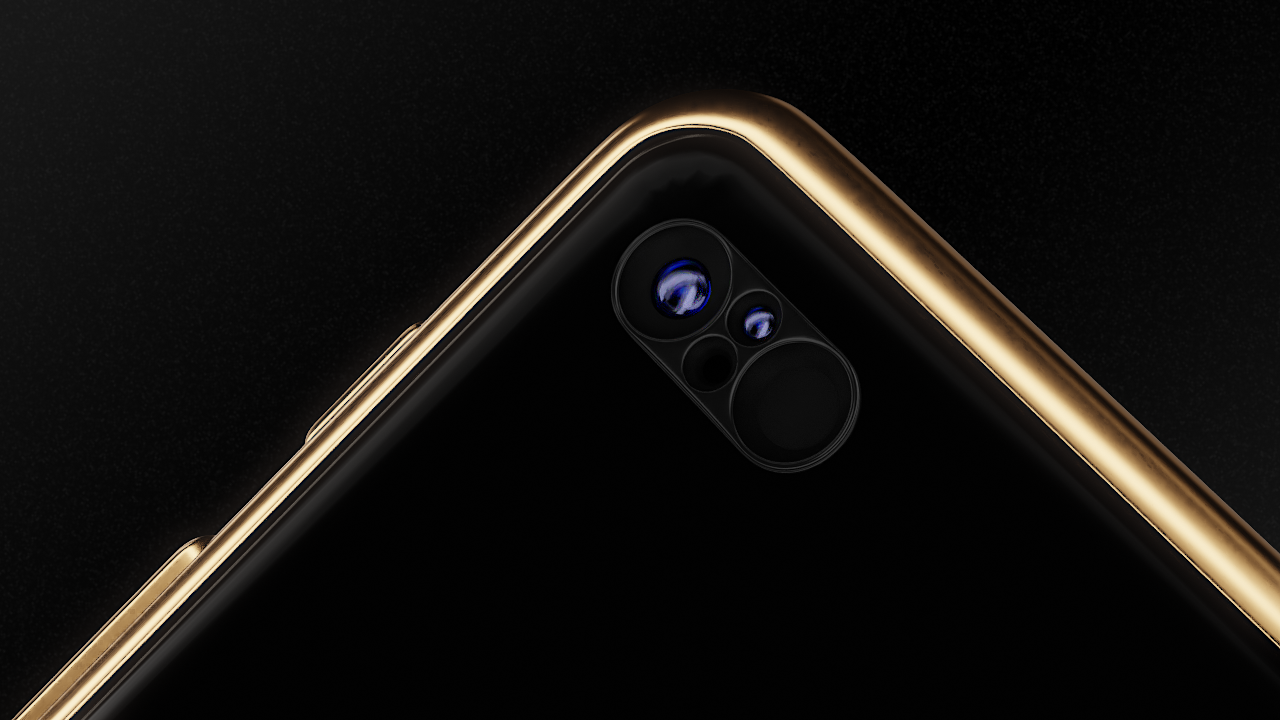 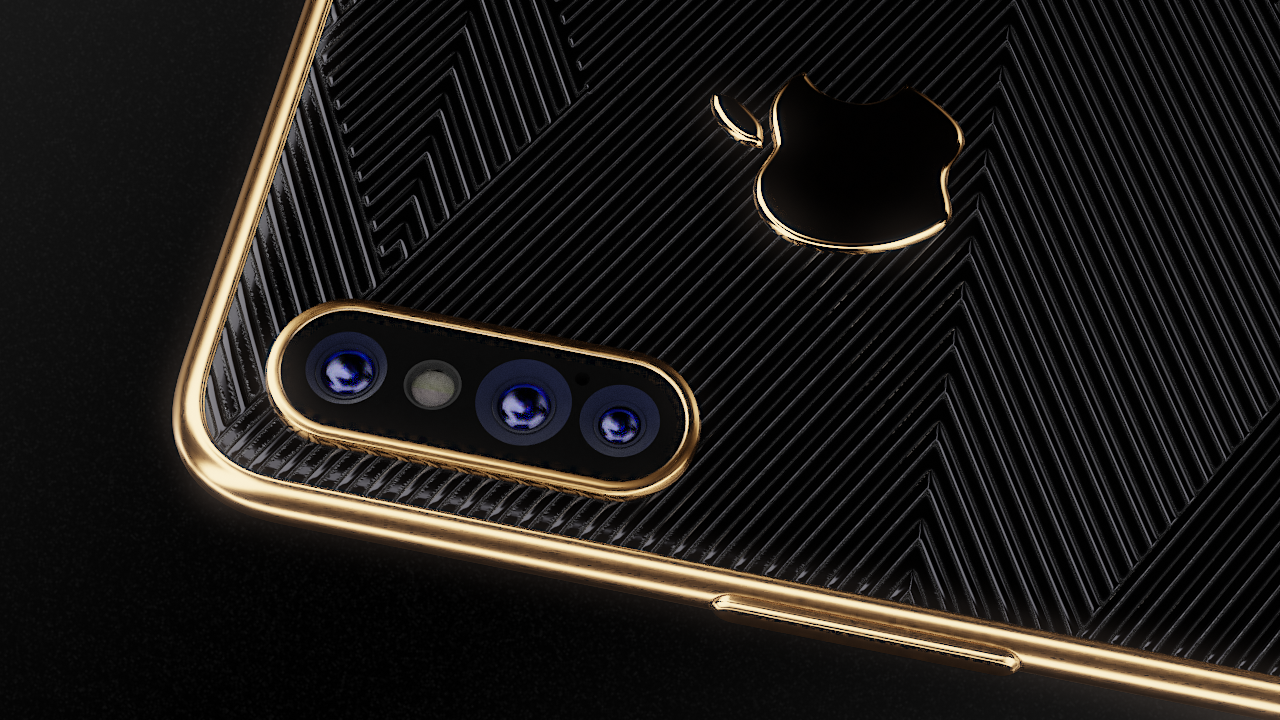 The smartphone is equipped with the in-display Touch-ID (in addition to the possibility of the Face-ID) – because many iPhone XS users expressed their dissatisfaction with the absence of this option. Besides that, as follows from numerous leakages, the company Apple patented the new type of the screen dactyloscopic sensor, that’s why Caviar engineers offer to use this technology in the new device. 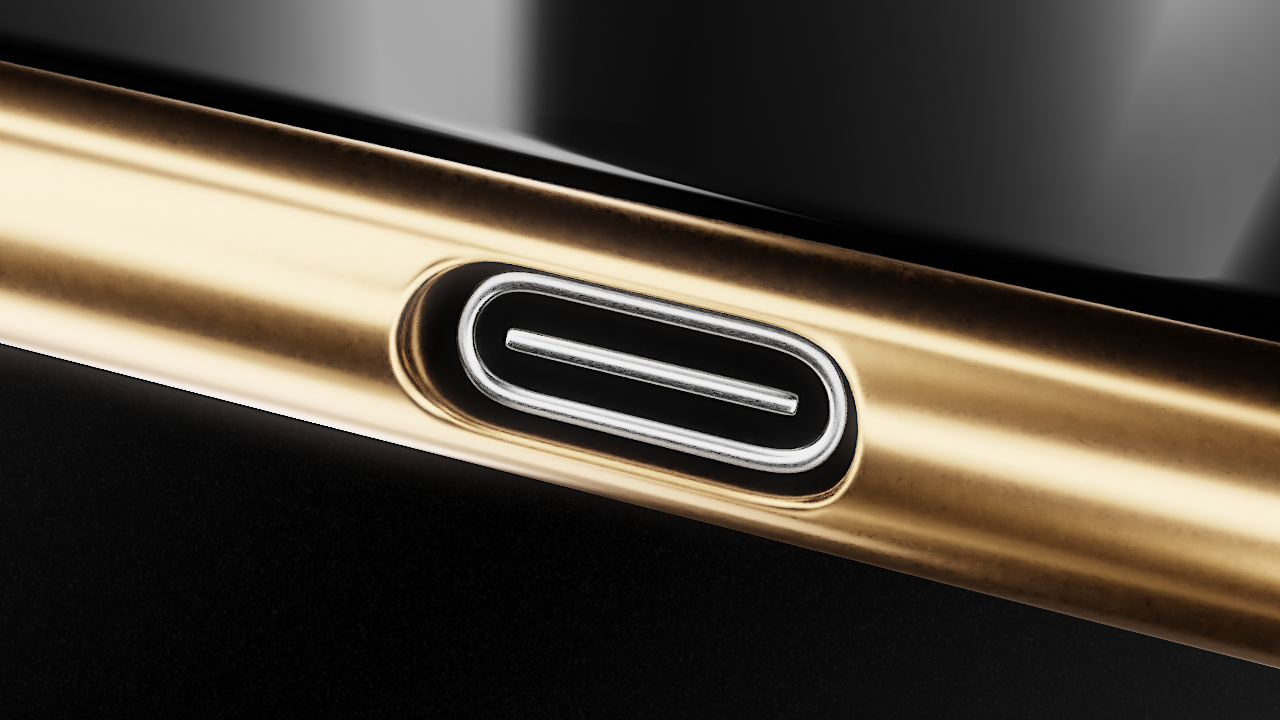 The concept by Caviar is already equipped with USB-C connector – this way, the revolutionary device will become even more comfortable for the users. The information about the possible switch of Apple to this standard also appears in the reports of the analysts.

The design of the device presents an embodiment of the current luxurious Caviar style – an expressive alliance of black composite onyx (covering according to the technology Double Electroplated (999 gold content, 7 microns). 90 diamonds are hidden inside the case, to see them you need to bend or unbend one of the parts of the smartphone. 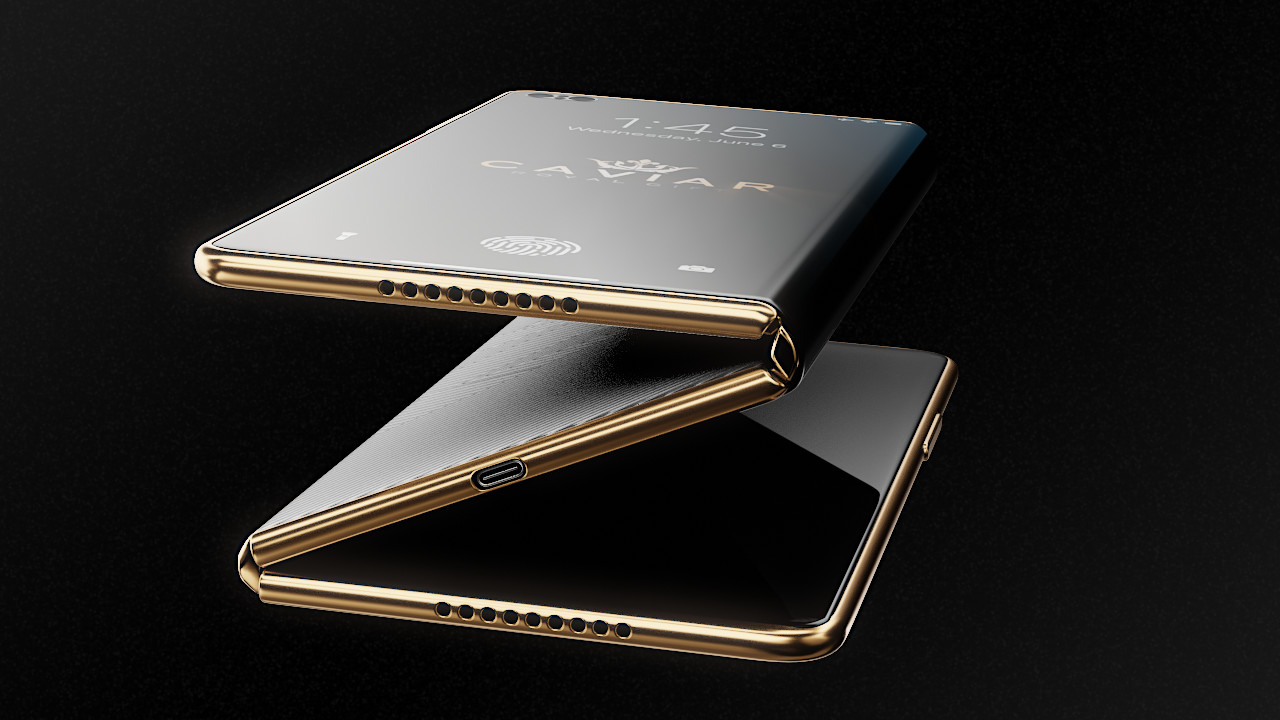 Caviar used a rushing graphical pattern interpreting a sharp “Z” silhouette, in which the screens are “fold”, and in the center of the composition, the image of the legendary gold apple is preserved. 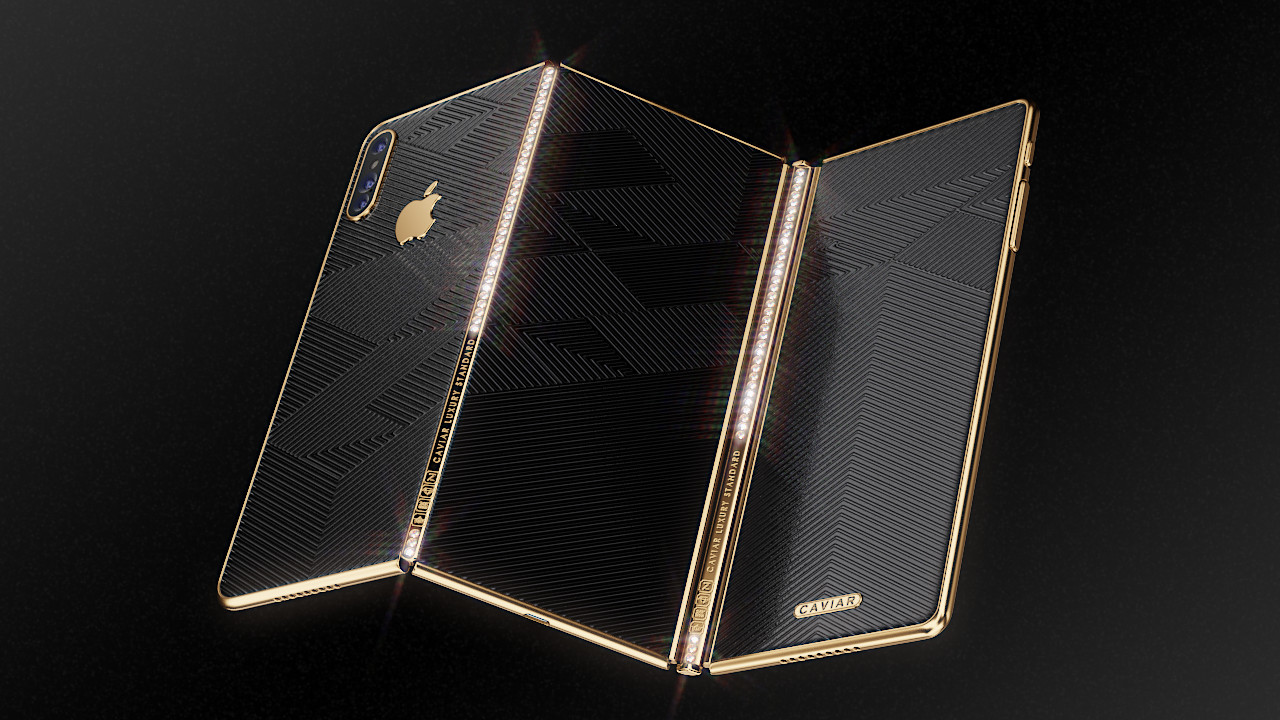 “We really expect something amazing from the new Apple flagship and will not be impressed by any systematic updates! We, as the brand that has been working with Apple technics and their consumers for already 7 years, have our own ideas about it. We decided to dress them in the form of a concept and make it a public fare – probably, we’d be able to inspire Apple? We’ll send our progress to them” – the representatives of Caviar share their thoughts.


According to the estimations by Caviar, a device of this class will have a price of no less than 2900 EUR.


At the moment, this is only a concept, but Caviar is open to suggestions from other manufacturers of smartphones for joint development of such a device.