Russian luxury brand, Caviar announced that they are going to send a custom made version of their famous smartphone Grand Complications Skeleton to the owner of Oscar 2019, who will say the most heartfelt speech during the awards ceremony. 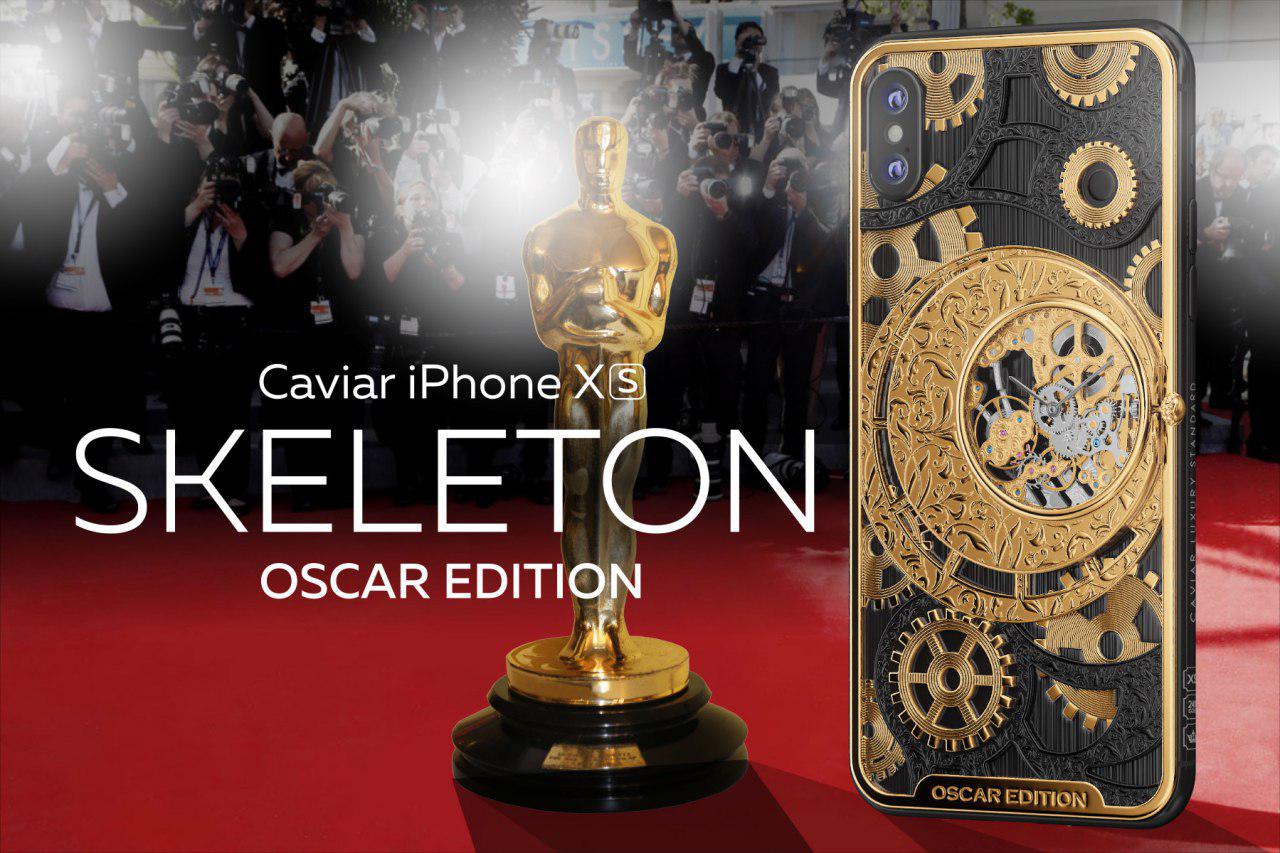 On January 22nd, the Oscar nominees were officially announced, and the awards will take place on February 24th.

The Russian brand of smartphones and accessories decided not to stay aside from the significant event and informed that they will make a gift to the winner of the film awards, who will deliver the brightest and the most memorable speech during the ceremony. For example, as sincere as the speech by Halle Berry in 2002 when the actress became the first dark-skinned actress that received Oscar; or as heartfelt as the words of James Cameron – he offered to pay the tribute and keep silence about those who died on Titanic; or this may be a joyful and merry speech like the performance of Barbra Streisand in 1969. 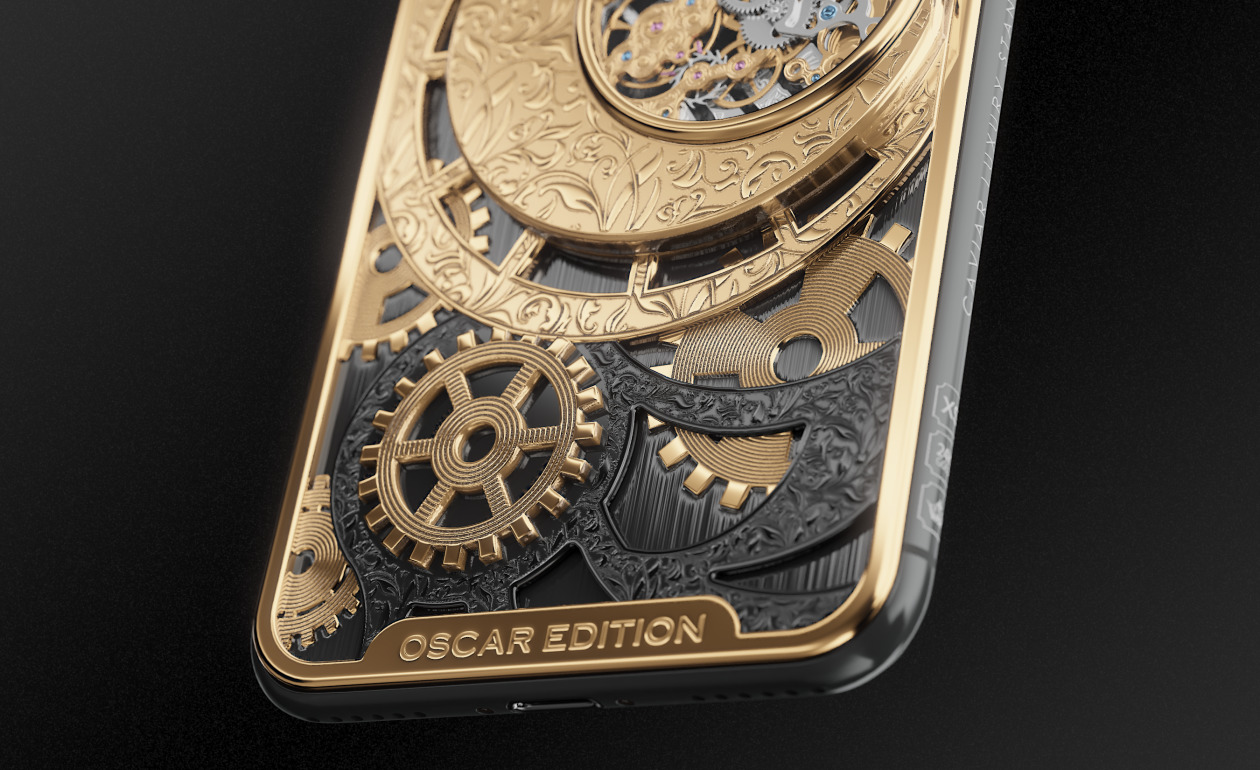 Anyway, no matter what kind of speech it is, a serious one or full of joy, but if it touches the hearts of the audience, then it’s author will receive not only a gold Oscar, but also iPhone XS Grand Complications by Caviar, Black& Gold version, complemented with a skeletonized clock mechanism. The personalized model will be created in a single copy, decorated with a commemorative “Oscar Edition” inscription and the owner’s name. 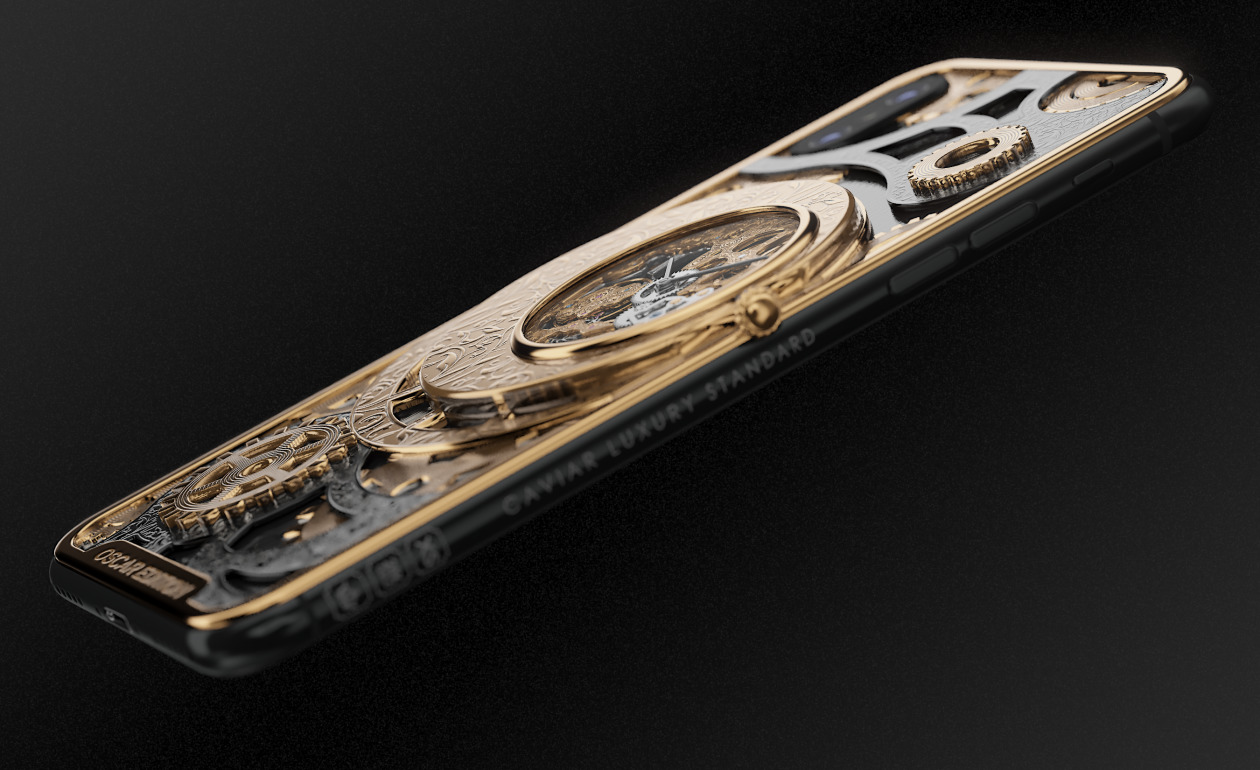 This is not the first time when Caviar announce such “contests” and then award the winners in various fields; so, in 2017 a schoolboy Danila Prilepa was presented with a precious smartphone for the boldest question to Vladimir Putin and in 2018 the promised award was received by the hero of the Olympic Games – the figure skater Alina Zagitova, who brought the first gold medal to the Team of Russia.

“Oscar is the most important event not only in the film industry, but also in the context of the modern culture in general. We highly value the cinematograph and will be happy to determine our winner. So, dear Hollywood celebrities, prepare your speeches, and we’ll listen to them very carefully!”, the brand’s representatives say about their idea.

This is to remind that the smartphone Caviar Grand Complications Skeleton is a unique alliance of technological innovations of iPhone XS and old traditions of clockwork manufacturing. The body of the smartphone device is decorated with spectacular engravings in form of gears and complemented with a modified skeletonized clock mechanism with a manual winding.