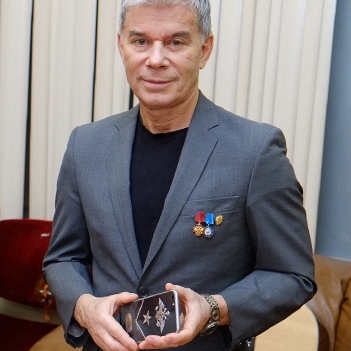 Oleg Gazmanov is a singer, an owner of the smartphone Caviar Forza Military Forces of Russia. The day before the 23rd of February, the Russian National artist Oleg Gazmanov became an owner of a new model by Caviar dedicated to the Defenders of the Fatherland – Forza Military Forces of Russia. An unusual design inspired the singer who valued the fact that an American smartphone serves Russia, embodied in the design dedicated to the Armed Forces of the Russian Federation.