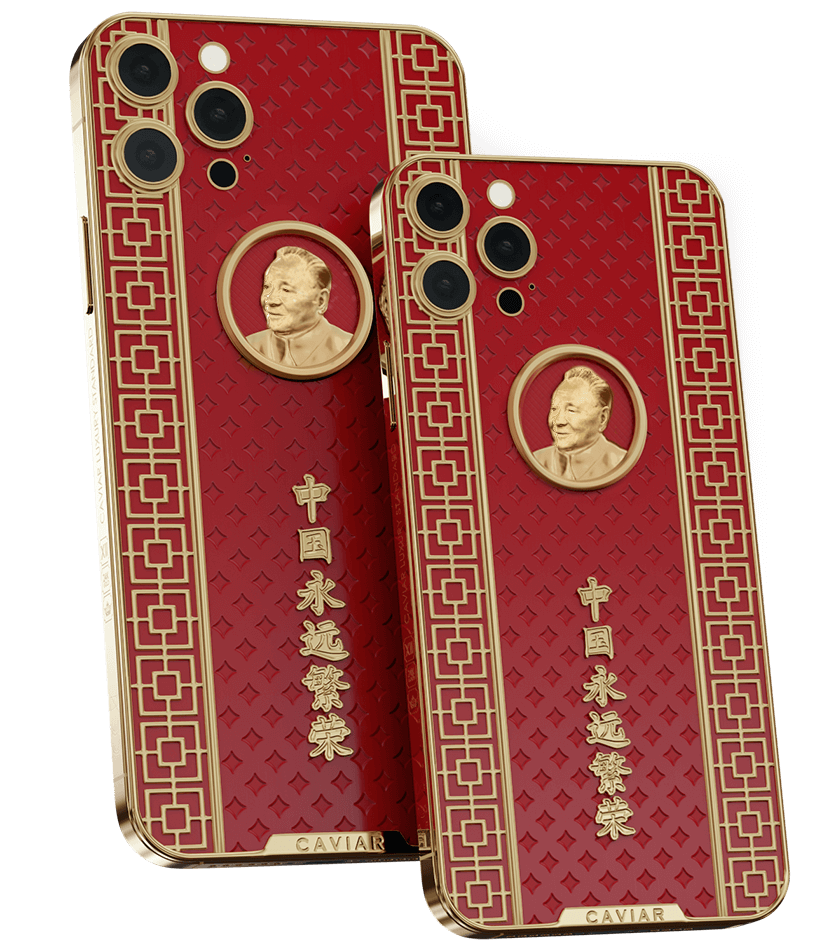 In honor of the 100th anniversary of the Chinese Communist Party, we are presenting a design based on the iPhone 12 Pro, dedicated to the important statesman of the Celestial Empire - Deng Xiaoping.

Deng Xiaoping is one of the most prominent politicians in China. While he was occupying his post, the economy of the state reached incredible heights: the whole world began to consume goods produced in China. Deng Xiaoping achieved particular success in the diplomatic arena. Thanks to his policy, Macau and Hong Kong were returned to China.

Deng Xiaoping's Caviar iPhone 12 Pro is a design dedicated to a strong personality. The body is made of a composite material of bright red color, which echoes the national flag of the state and the symbols of the Communist Party. The decor includes elements in the national style and the inscription ""Ever prosperous China"". The semantic center of the composition is a portrait of Deng Xiaoping made of 18-carat gold.

The design is made in a limited edition - only 16 pieces. Number one in China stands for honor and leadership, while number six stands for luck and career success. The limited edition of the collection is engraved with a laser on the side of the smartphone: the name and serial number of the model are indicated.